Trail Running is the Shit

Today was my first ever trail run and I loved it. If you know me at all, you’re aware of my running background, so no need to go into the history except to say I’ve been a road runner all my life. Pavement or sidewalks. Asphalt running paths. Smooth terrain for the most part, at least during the non-winter months. Running in the snow and ice is a different story for another time!

Anyway, today I went to Theo Wirth Park and realized very quickly that I had no idea who Theo Wirth was. So I looked him up just now and learned he was a park-designing big-shot in Minneapolis, and across the U.S. Good for Theo, and hey, thanks for designing so many parks!

So on a very hot and humid morning I set off and got lost within the first 10 minutes. I was running at a comfortable pace among a winding series of shaded trails that would often run side by side with each other, or split into two or sometimes three trails, only to converge at some point later on and feed back into a single trail that was in fact sending you in the opposite direction you thought you were going, just before circling 180 degrees and winding you back in your original direction only to split into two paths once again. Yeah, confusing. But so much fun.

I used no timer or headphones and praised myself for this decision almost immediately. Instead of loud rock and roll, I focused on the sounds of insects and wildlife and the peaceful singing of my suddenly noiseless mind. It also helped to be a able to hear approaching cyclists because we share these narrow paths and they come at you fast and seemingly out of nowhere. I heard one coming behind me and quickly jumped off the path. Instead of him shouting “ON YOUR LEFT!” or speeding by me close enough to brush my clothing, he calmly said, “Thanks man, enjoy the rest of your run.”

The running part wasn’t about speed or pace or heart rate or any of that stuff but more about watching where you plant your feet, maintaining your balance and slowing down when you need to slow down – very much like running in snow, ice or wintry slush. I stumbled a few times. I crossed a tiny bridge a little too fast and nearly lost my footing. I tripped on a few rocks but I didn’t crash – yet. I got used to all of it very quickly and fell in love with the scenery. Thick, green foliage spotted with September leaves beginning to turn. A quiet lake over here, insects buzzing around a tiny pond over there. Sunlight cutting through the leaves and a cool breeze soothing me when I’d hit the shade. At one point I rounded a corner and found myself running through what was probably the set of the Lord of the Rings.

I started calling these “Frodo bridges” because they were narrow and built for tiny hobbit feet.

Get off the path, you fools!

Half expecting a Black Rider of Sean Astin to emerge slowly from the trees, I picked up speed and found myself on a nice sprint that made me feel like Princess Leia hunting stormtroopers on a speeder bikes from Return of the Jedi. 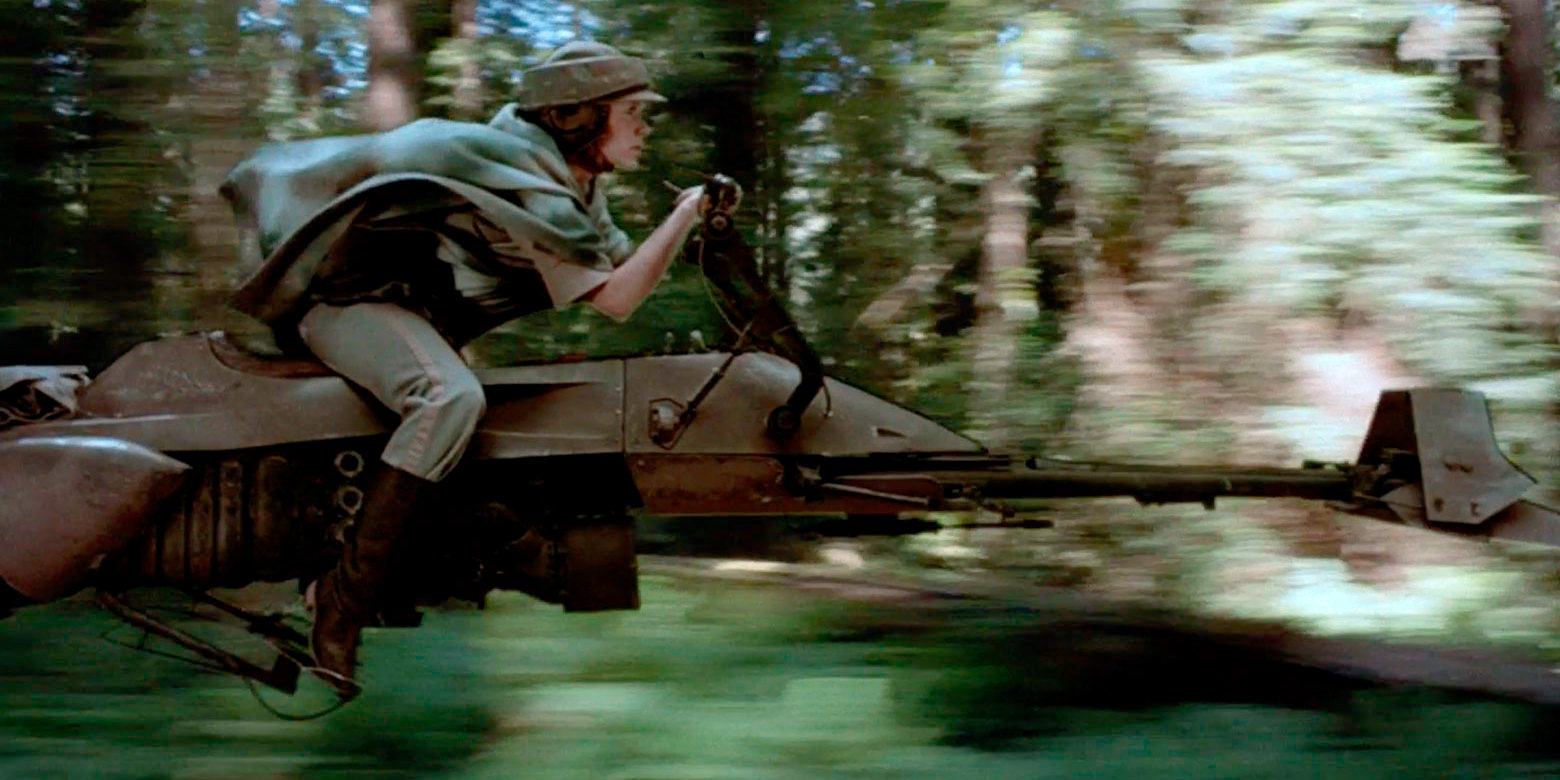 At another point I found a set of steep steps that climbed up and up to who knows where, so I figured why not, let’s see where they go! I was half expecting to find a 60-year old Luke Skywalker waiting at the top but instead I found more trails. More options. Do I go this way, or that?

The Jedi Steps are steeper than they look!

I quickly lost track of where I was and relied on the sun to guide me. It was about 9:00am so I knew as long as the sun was to my right I was heading north-ish and away from where I parked my car. Figured the best way to get back was to just turn around and run with the sun on my left. Didn’t really work because the path was so twisting and overlapping and shaded and crossing other paths or opening into 3 different paths that I just enjoyed being lost and figured I’d find my way back eventually. Which I did.

Here’s the first time I was lost.

After about 45 minutes I KNEW I was heading back toward the car and had about two miles to go. I just knew it. I ran through a field and then found a path and turned south, with the sun on my left. Easy. No problem. Until I arrived at an intersection I had been at roughly 20 minutes ago. Yeah, I just made a huge circle. The kind of stuff you see in wilderness movies when people are lost in the wild. One big circle. No idea how it happened but there I was, right back where I was before. But in this case, there is no danger of freezing to death or starving or being eaten by a giant bear or Ethan Hawke. Just follow a path, any path, and you’ll eventually reach a road. So I simply turned around and headed back the other way!

Eventually I made it back to my car and checked my watch. I had been running for a little over an hour and my legs told me I had gone about 6 miles so I figured hey, I’m feeling good so I ate a banana, drank a Gatorade, squeezed the sweat out of my shirt (hey, it was about 95 degrees in the sun!) refilled my water bottle and went back out for another 45 minutes or so. Figured I did about 10 miles total. I hit the same trails I did before and STILL managed to take a few wrong turns. Just when you think it’s time to jump off one trail and switch to another, your new trail winds back around and connects with the original trail you were on meaning, yeah, you just made yet another circle.

It was great though. Never once thought about my pace. Never once heard the usual urban sound of traffic, or had to deal with stoplights or drivers who aren’t watching for runners, or avoid speedy cyclists who think they’re the shit. Because they’re not the shit. Trail running is the shit.

I quickly and enthusiastically exchanged messaged with a few of my “trail running friends” (who are also unknowingly my trail running mentors and coaches) and told them that I finally see why they run trails. I understand. I get it now! I’m sold. And I’m in it for the long haul, so move aside Frodo, and thanks for doing so, enjoy the rest of your walk.

Mark McGinty‘s work has appeared in Maybourne Magazine, Montage Magazine, Minneapolis Running and Yahoo! Entertainment. His novel The Cigar Maker won a Bronze Medal at the 2011 Independent Publisher Book Awards. Mark lives in Minneapolis with his wife and daughter.